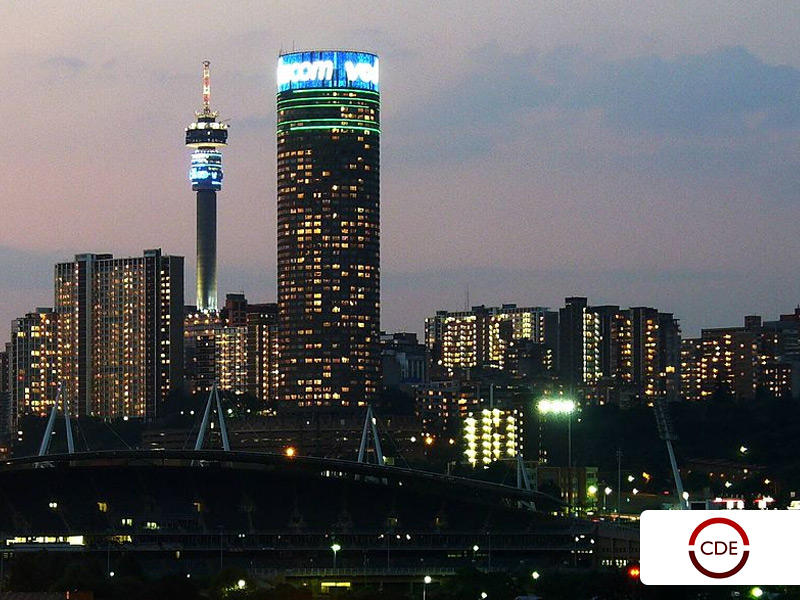 In a major research report launched in the city today, the Centre for Development and Enterprise called on political, business, trade union, and civic leaders to join forces in restoring Johannesburg’s status as a ‘world city’, and maximising its ability to fuel growth in the region.

Presenting the report to the media and an invited audience of stakeholders in the city’s future, Ann Bernstein, CDE’s executive director, declared: ‘Johannesburg is a national and continental asset, and its future success requires policy-makers and citizens to pull together in novel ways to turn it into the global success we all need it to be.’

Based on several years of research and analytical work, the report provides a detailed profile of the city, outlines a new global context for cities, and suggests how Johannesburg may be revitalised.

It argues that Johannesburg remains the economic hub of South and southern Africa, and is crucial to the region’s future; however, the city has been neglected by national and other policy-makers, its business community and other stakeholders. As a result, its performance has been deteriorating.

The report notes that Johannesburg is the only South African city classified as a ‘world city’ – ie, cities forming part of a worldwide financial and corporate network, and serving as motors of growth and development for entire countries or regions. However, given its problems, Johannesburg is in danger of losing this status.

Johannesburg still has some remarkable assets, and remains the only South African city with ‘world city’ potential. However, restoring this – and maximising its potential to fuel growth and development – will require an extraordinary effort hich is beyond the capacity of the city’s current managers acting on their own.

The report proposes the formation of a national partnership tasked with turning the city around, and realising the city council’s 2030 vision of turning Johannesburg into a competitive world city.

It states: ‘Active steps will have to be taken if Johannesburg is to be restored to health. This will only happen once there is a clear understanding of the issues at stake, and a new amalgam of leadership dedicated to propelling the city into the future and promoting its world-class status.’

The report argues that Johannesburg is unique in a national and regional context – ‘very different from, say, Cape Town or Durban. It is the umbilical cord between South and southern Africa and the global economy, and needs to be cultivated as such.

‘Johannesburg is no longer a mining city. It is not a significant manufacturing city. It is not a public sector city, and it is not a leading leisure or tourism city either. In many respects, it must stand or fall by its world city status – that is, the fact that it is home to corporate headquarters, finance houses and the legal, accounting adversiting, IT, and media services of the subcontinent.’

The report says Johannesburg is also unusual in having to deal with three obstacles to growth compared to other world cities: crime, which is particularly violent and dramatically affects business and citizens; a crippling shortage of skilled managers and professionals; and a health and welfare crisis dramatically worsened by the AIDS epidemic.

Crime is traumatising the city’s residents and deterring investment, making it the single biggest problem that has to be overcome if the city is to be restored to health.

Other points made include:

The report states: ‘Johannesburg will only be rescued from it current malaise, and made to deliver its full potential, if the country and its residents stop taking it for granted.’

However, it is the only place in southern and central Africa with anywhere near the critical mass of financial expertise, information technology, and corporate management skills needed to function as a world city. ‘It is therefore the only feasible choice for developing the infrastructure needed to enable the country and the region to compete in the global league.’