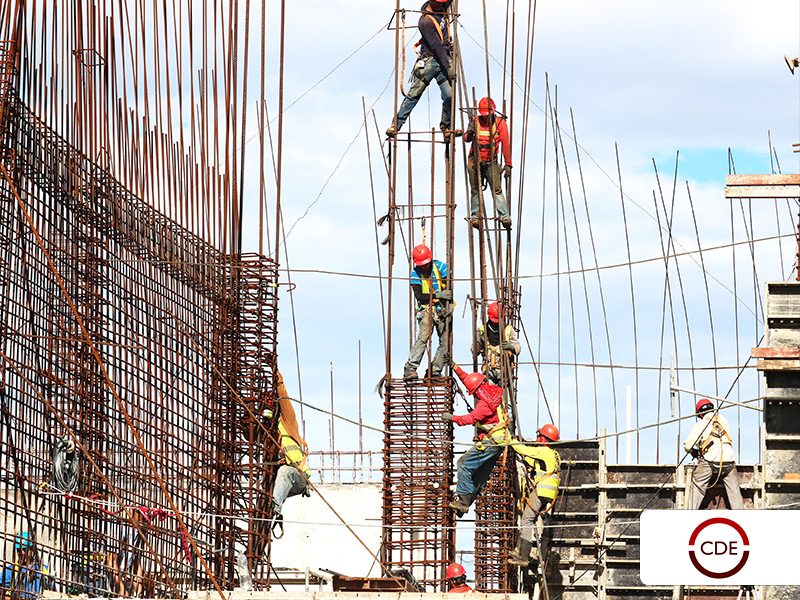 ‘South Africa should embark on a really massive labour-intensive public works strategy as a significant contribution to reducing unemployment and managing the politics of economic reform’ says the Centre for Development and Enterprise.

The CDE today released a detailed report on the necessity for a large-scale labour-intensive public works strategy to provide employment for all South Africans willing to work.

CDE’s executive director, Ann Bernstein, said: ‘SA’s greatest challenge is to reduce unemployment. There are 7,8 million people wanting to work in this country who cannot find a job. Something must be done. But we have to be careful to choose the right “something”.’

Popular perceptions of public works are often inaccurate – many people see them as schemes that make people ‘dig a hole one day and fill it in the next’. According to CDE, properly designed labour-intensive public works are very different.

‘They provide training and work experience to people who sorely lack both. They do what no other unemployment or poverty relief system can – create and maintain socially useful and economically vital infrastructure (roads, schools, facilities in informal settlements and rural areas, waste collection, street cleaning, storm water drains, infrastructure for small-scale farming).

‘Labour-intensive public works start to show results relatively quickly – urban clean-up programmes for example, can be implemented within a year. Unlike income grants, which require immense state capacity to target their intended beneficiaries while avoiding fraud, low-wage LIPW are self-targeting. And unlike grant systems LIPW are easily stopped when they are no longer necessary.’

National and provincial departments currently operate several small public works programmes. ‘But’, says Bernstein ‘these are numerically insignificant. In 2000/1, for instance, all of them combined created no more than 80 000 temporary jobs – and the total is unlikely to have risen significantly since then. As a result, they have no impact on the country as a whole.’

The main reason these programmes have stayed small is because they lack the involvement of the only South African sector which has proven that it can construct infrastructure on a really large scale: the private sector (and corporatised state enterprises such as Telkom and Eskom). The experience of past decades across a wide range of areas – including housing, transport, electricity – clearly shows that state departments cannot deliver at scale on their own.

‘A South African labour intensive public works (LIPW) strategy must grow to a really large scale to have the kind of impact on jobs and on the politics of reform that the country urgently needs.’ This will require extensive private-sector involvement.

Bernstein emphasises that an ambitious, large-scale new public works programme is affordable within the country’s fiscal constraints. ‘There is enough money already available in the state’s budget to fund the first few years of a dramatically large-scale LIPW initiative,’ she says.

The potential maximum budget for labour-intensive public works, with no additional government spending, exceeded R3 billion in 2002/3. This is far more than could be spent efficiently in the first year of a new LIPW strategy.

Wages paid in the expanded programme will have to be low. In order to target the unemployed poor effectively and benefit the largest number of poor people, the public works wage should be as close as possible to the informal wage for unskilled casual labour in any particular area. It is absolutely vital to the success of the new initiative that wages be significantly lower than the minimum wage in the formal, capital-intensive construction industry.

‘If you aim to pay unskilled labour-intensive work at the same rate as skilled construction work, you will simply run out of money,’ says CDE

In July 2002 and again in 2003 the president and cabinet have indicated support for a ‘massive expanded public works programme.’ These statements of intent are to be welcomed.

Bernstein says: ‘What is crucial now is to turn words into action and adopt an effective strategy for implementation at a scale that will make a real difference – this has to be a public private partnership.’

Based on its research, CDE has developed a list of ‘Dos’ and ‘Don’ts’ that should be followed to make sure that a new labour-intensive public works strategy is successful.