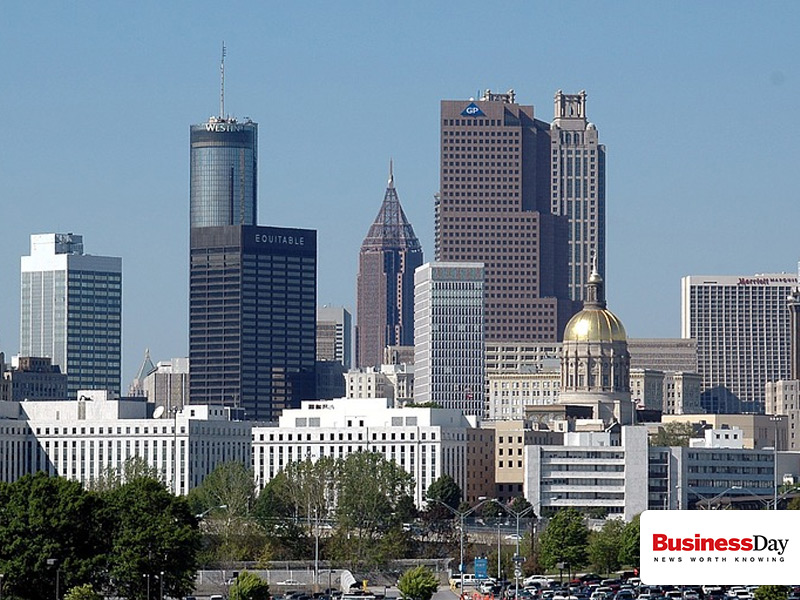 Atlanta in 1997 is a city that demands attention for the results it has achieved. Few people would have predicted Atlanta’s success in 1973. At the time, the city has no major industrial base or national corporate presence besides Coca-Cola and a Lockheed division. White ﬂight was a growing reality and several national investors had withdrawn support. Plans to expand the airport were still on the drawing board; city police were seen as corrupt and ineffective; school desegregation was contentious and subject to federal intervention; the city council was evenly divided between black and white representatives; and business did not support the new black mayor.

Atlanta has been the exception; it is one of few American cities to have achieved economic growth and international status since the 1993 election of its ﬁrst black mayor. Although ‘the city too busy to hate’ still has its share of urban problems and discrimination, it has managed to achieve an impressive record of economic growth and civic pride.

From 1985 to 1994, Atlanta attracted 1 561 new companies. It has the second largest airport in the world and it has become a major international player in telecommunication, transport and entertainment. Atlanta now houses the headquarters of eight Fortune 500 industrial companies. The metropolitan region’s economic growth almost doubled the nation’s rate in 1988-1992 and leads the rest of the south east United States. Metropolitan job growth soared by 43 per cent between 1980 and 1983, Atlanta experienced the strongest employment growth in the United States.

The 1996 summer Olympics was just one indicator that, after more than two decades of black leadership in city hall, Atlanta had joined the big league of global urban centres.

There have been several analyses of Atlanta’s racial politics and economic transition. All agree politics alone does not explain this success story. The role of Atlanta’s business community has been key in the city’s remarkable progress. Historically, Atlanta’s business sector has played a dominant role in the city’s development. It has done this through tycoon intervention and numerous powerful and active business associations and business-for professional and civic organisations. The Atlanta story is dominated by a working alliance between business and city government (which also shows the nature of the city’s black leadership).

At a business breakfast hosted by Coca-Cola on the eve of Andrew Young’s election as mayor, Young’s message to his sceptical audience was: ‘We need each other. I have the power, and you have the money.’ Young’s alliance with business was quick, ﬁrm and unambiguous, says Atlanta political scientist Clarence stone. According to Laura Nash of Peter Berger’s Institute for the Study of Economic Culture at Boston University, the business elite has always been pragmatic. ‘The economic logic of cosmopolitan racial tolerance was never lost on Atlanta. Its business community historically made a connection between good image good race relations and future prosperity. The city was concerned about image and could think big.’

As the American magazine The New Republic says: ‘The obsession with being “world class” is woven into Atlanta’s DNA.’ Nash says the business elite asked themselves what it would take to be ‘a real city, of serious stature like a New York, London, or Barcelona’. The answer took them beyond a single ﬁrm and beyond business economics to public facilities and cultural institutions. It brought them to a civic commitment. Business in Atlanta has been led by the large corporations, especially Coca-Cola. These leading corporations have clearly and unequivocally set the city’s growth agenda.

The business elite see themselves not only as the economic leaders of their city but also as its foremost citizens. Business in Atlanta is a network of leaders and organisations which is able to interact with black leadership – political, educational and civic – that is positioned to provide sound research and a city vision. Through a multiplicity of business-funded organisations, business has created the capacity to shape and sell a vision of growth for Atlanta that is consistent with a non-racial and democratic city, and aticipates a global service economy.

The business vision of growth has been able to accommodate distribution of its beneﬁts beyond the traditional corporations.

In 1974, 5 per cent of all city contracts went to blacks even though they comprised 50 per cent of the population. By 1988, 37 per cent of the city contracts were awarded to minority businesses, largely through pressure from city hall. The key challenge facing South Africa and its cities now is how to become globally competitive. Atlanta has important implications for South Africa. It is not a model to be slavishly followed, but nonetheless provides important pointers.

Every city needs a vision of its future. This vision must deﬁne a place for the city in the global or regional economy; it must be owned by all key stakeholders, and it must identify competing cities for its niche in the global economy. With such a vision, the city’s public and private leaders can determine priorities and make the trade-offs that will inevitably be required. Then the city must be marketed with effect nationally and internationally. Business foresight and unity on the future of Atlanta has been seen by many as an essential ingredient in the city’s continued economic growth. One analyst says: The substantial power of the business elite during four reigns of mayors who were not initially supported by business was the function of extraordinary cohesion and efﬁciency. The business sector can play a very important role in a city or a country if: