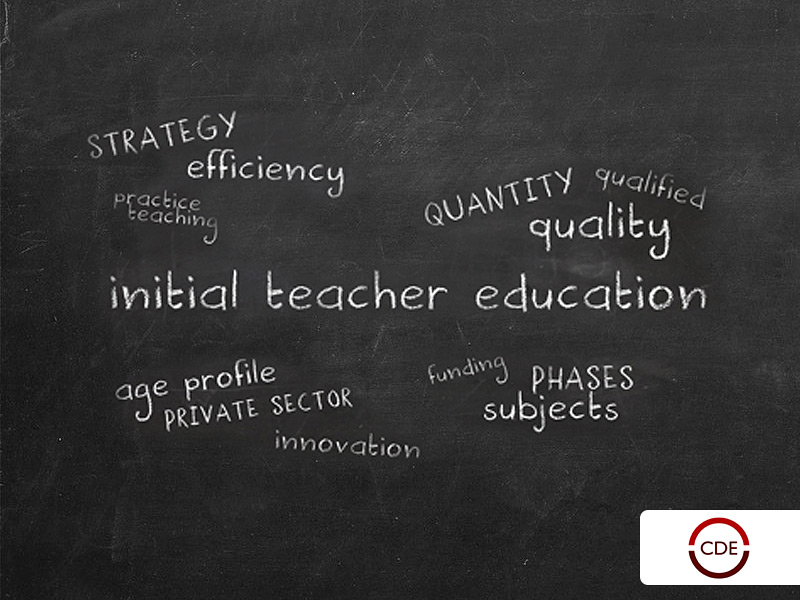 Following on from a 2011 study indicating that South Africa was producing only a third of the country’s requirements of some 25,000 new teachers a year, the Centre for Development and Enterprise released a new piece of research today analysing teacher supply and demand.

“It is not often that we find good news, as we have in our report launched this week: Teachers in South Africa: Supply and Demand 2013-2025,” said Dr Jane Hofmeyr, CDE’s policy and advocacy director, who commissioned the data modelling and led the research team in writing the findings and recommendations.

“Our research projects that South Africa will indeed be able to produce sufficient teachers overall to meet the demand of our schools for the next ten years,” she said, “however our findings point to some very serious concerns.”

CDE’s data modelling shows that as a result of the efforts of the two national departments of education between 2009 and 2012, initial teacher education enrolments grew from 35,937 to 94,237, a 160 per cent increase, and the number of new teacher graduates per year nearly doubled from 6,978 to 13,708. State funding for Funza Lushaka bursaries rose dramatically from R100m in 2007 to over R900m in 2014.

“Even though learner enrolments are projected to rise from 12.4 million in 2013 to 13.3 million in 2025, if the number of new teacher graduates continues to increase as planned, we will be able to maintain the current average ratio of 29 learners to one teacher in our schools,” said Hofmeyr.

One area of concern she pointed to is that teacher supply is uneven and mismatched to student requirements by phase and subjects, particularly the key subjects of languages and mathematics. For instance, by 2025, South Africa will need three per cent fewer teachers in lower primary, 13 per cent more in upper primary and ten per cent more in secondary school.

The graduation rates of student teachers are also worrying: Those of the one-year Post Graduate Certificate of Education, and the four-year Bachelor of Education are less than half of what they should be. The rate drops to as low as ten per cent of what it should be in the case of the Bachelor of Education at UNISA, which provides distance education to mainly part-time students. As UNISA is the largest provider of new teacher graduates, this exacerbates the problem.

The most worrying finding of all, however, is that there will be a significant shortage of foundation phase teachers. While some 33 per cent of children will be enrolled in the Foundation Phase (grades R to 3), only 18 per cent of new graduates will be trained to teach in this phase.

“To compound this situation, only 13 per cent of graduate teachers speak a language other than Afrikaans or English, with the majority of those speaking isiZulu, whereas African languages are the mother tongue of 83 per cent of learners (2009 data),” she said.

More disturbing findings include problems with the age profile of teachers and a ‘churning’ in the teaching force, particularly that there is a net drain of qualified teachers, though Hofmeyr stressed that a qualified teacher is not necessarily a good teacher.

CDE offers several recommendations for the country in the report. For government these include: ensuring that official databases contain accurate, comprehensive and consistent information; setting targets to align the production of graduates to school phases and subject requirements; funding initial teacher education programmes adequately, especially the teaching practice component; increasing the employment of newly qualified teachers; and incentivising competent teachers to remain in the system.

And although private sector involvement in initial teacher education has been limited to date, there is a role for market-based solutions in niche areas where the need for teachers is greatest, and in piloting innovative, alternative models and approaches to initial teacher education. CDE points to the value of public private partnerships and the importance of targeting social investment funding strategically to have maximum impact on quality, efficiency and teacher shortages. Ad hoc projects will not work, she said.

CDE Executive Director Ann Bernstein concluded, “The good news is that the country is producing more teachers and government starting to improve the quality of their training. But we have a long way to go before South Africa fulfils its obligation to provide effective education for all the country’s learners. Performance management throughout the schooling system is absolutely essential. Teachers need to play their part, or be held accountable. However the quality of initial teacher training needs to be considerably improved and their professional development focussed on identified training needs.”

A full report, technical report, summary and selection of infographics can be found on our website: www.cde.org.za